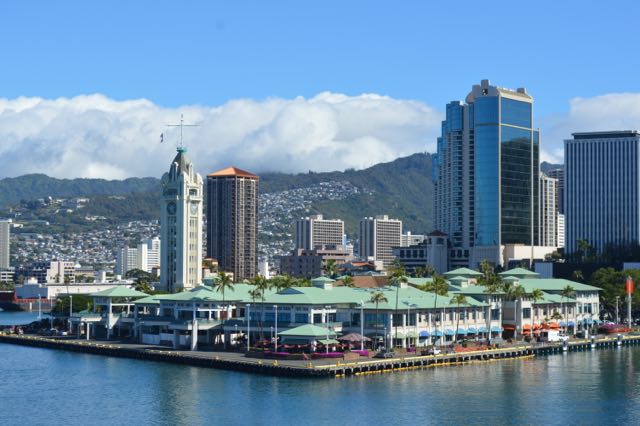 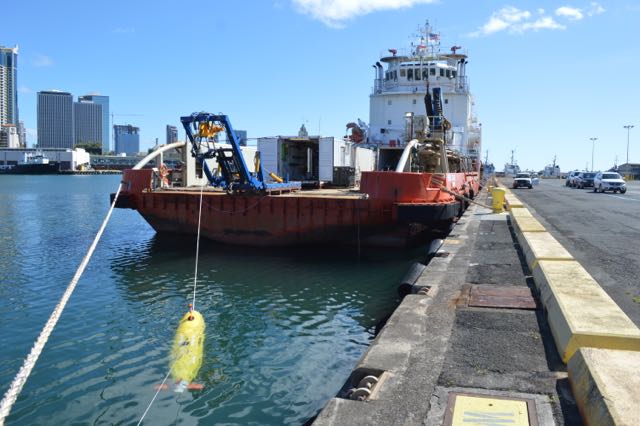 Today was a very productive one, beginning with a ship move at 10AM to make way on the pier for another vessel. We moved to the same spot we departed from in 2006, just across from Aloha Tower. Bill Mills filmed the event from the pier so we had a practice departure. Once we were again tied up, the Remus AUV system was tested, a chance for us to see the launching system in operation. Alan Eustace arrived in the afternoon and came aboard to meet the team. Sallie and Marika arrived in the evening, completing the education team. Dr. Pam was unfortunately delayed and won’t arrive until tomorrow. We will spend tomorrow making final preparations and having a farewell dinner.