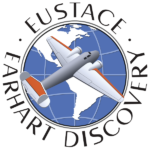 On February 18, 2017 a team from Nauticos with stratospheric explorer Alan Eustace and aviation pioneer Elgen Long departed Honolulu for the vicinity of Howland Island, 1,600 miles to the southwest, to complete the deep sea search for Amelia Earhart’s lost Lockheed Electra. Adding to the work conducted during prior expeditions in 2002 and 2006, the team plans to complete a sonar survey of about 1,800 square miles of seafloor, an area believed to contain the aircraft. The expedition will use autonomous underwater technology provided by the Woods Hole Oceanographic Institution to image the ocean floor nearly 18,000 feet below.

The Eustace Earhart Discovery Expedition is an important step in human exploration, expanding the realm of human achievement, funded by an explorer who extends the range of human possibility and in honor of a great explorer lost in those causes. Alan Eustace, with a doctorate in computer science, has led developments in pocket computing and computer architecture, and most recently retired from Google as Director of Knowledge. A pilot, skydiver, and adventurer, Alan made history in 2014 with a record breaking near-space dive from the stratosphere at 135,890 feet. Free-falling over 23 miles, he reached a speed of 821 mph (breaking the sound barrier at Mach 1.3) before slowing in the thickening atmosphere and parachuting safely to earth. His spacesuit and support equipment went on permanent exhibit at the Smithsonian Air and Space Museum on December 15, 2016.

Besides conducting our own search operations, our expedition will be working with NOAA to support its upcoming exploration of the Pacific Remote Islands Marine National Monument as the research vessel Okeanos Explorer maps the deep seafloor near Howland Island in March.

Thanks to the sponsorship by SeaWord, an educator a teacher volunteer, and a journalist will be on the 2017 Earhart expedition, as well as a videographer. The team will share the excitement of deep sea exploration and the fascination of robotic technology as we sail the central Pacific in our quest.