As many of you know, Amelia would have been 120 years old this week, had she flown off course, crashed on a reef, was captured and jailed as a spy, escaped to New Jersey via the Witness Protection Program, faked her death, moved to Florida, and discovered the Fountain of Youth. We can’t prove that none of that happened … yet!

Meanwhile, here is a very interesting take on the matter by none other than Garrison Keillor: A New Idea. In the July 25th Washington Post, he says:

“I need to know about Amelia. She was a sweetheart, a Kansas tomboy who was not out to make a statement so much as she simply loved to fly and feel the wind in her hair. In newsreels, she grins as she climbs out of cockpits, a dashing feminist in the Age of Dowagers. She wore pants. She was lithe and limber. She enjoyed her fame. She flew solo across the Atlantic, solo from Hawaii to California, she was the forerunner of the spirited feminists we’ve known and loved, who bore no grudge against men but prevailed thanks to wit and smarts and perseverance and a terrific smile.”

Between bone sniffing pooches, bogus photos, and countless media posts, the 80th anniversary of Amelia Earhart’s disappearance has spawned a lot of news. Echoes of the over-hyped Jaluit photo had hardly begun to subside before the image was soundly debunked. Meanwhile, Nauticos has been working steadily to scan the seafloor near Howland Island where Amelia was headed, seeking her lost Lockheed Electra in the deep ocean. Our last expedition, concluded in April, failed to find any trace of the plane, but eliminated another large area of the seafloor. Though we don’t make a big deal about what we haven’t found, local media has taken note of our efforts, including a very nice article in the local Southern Maine Tourist News, and an interview on Portland’s WCSH Channel 6. We appreciate the support of our friends and neighbors, and look forward to continuing the search. 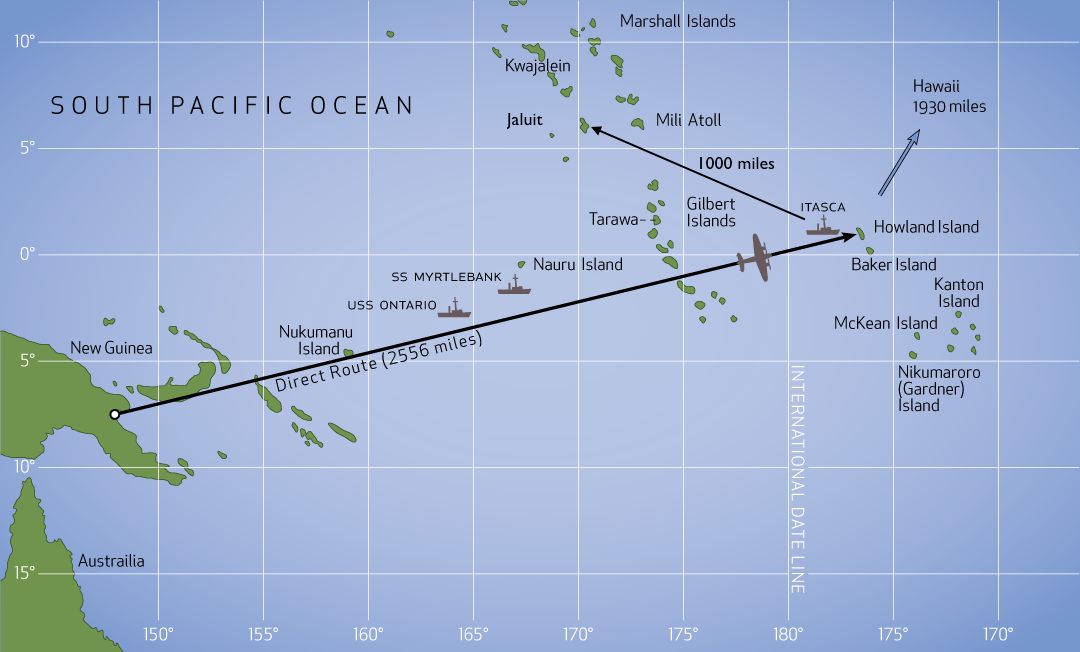