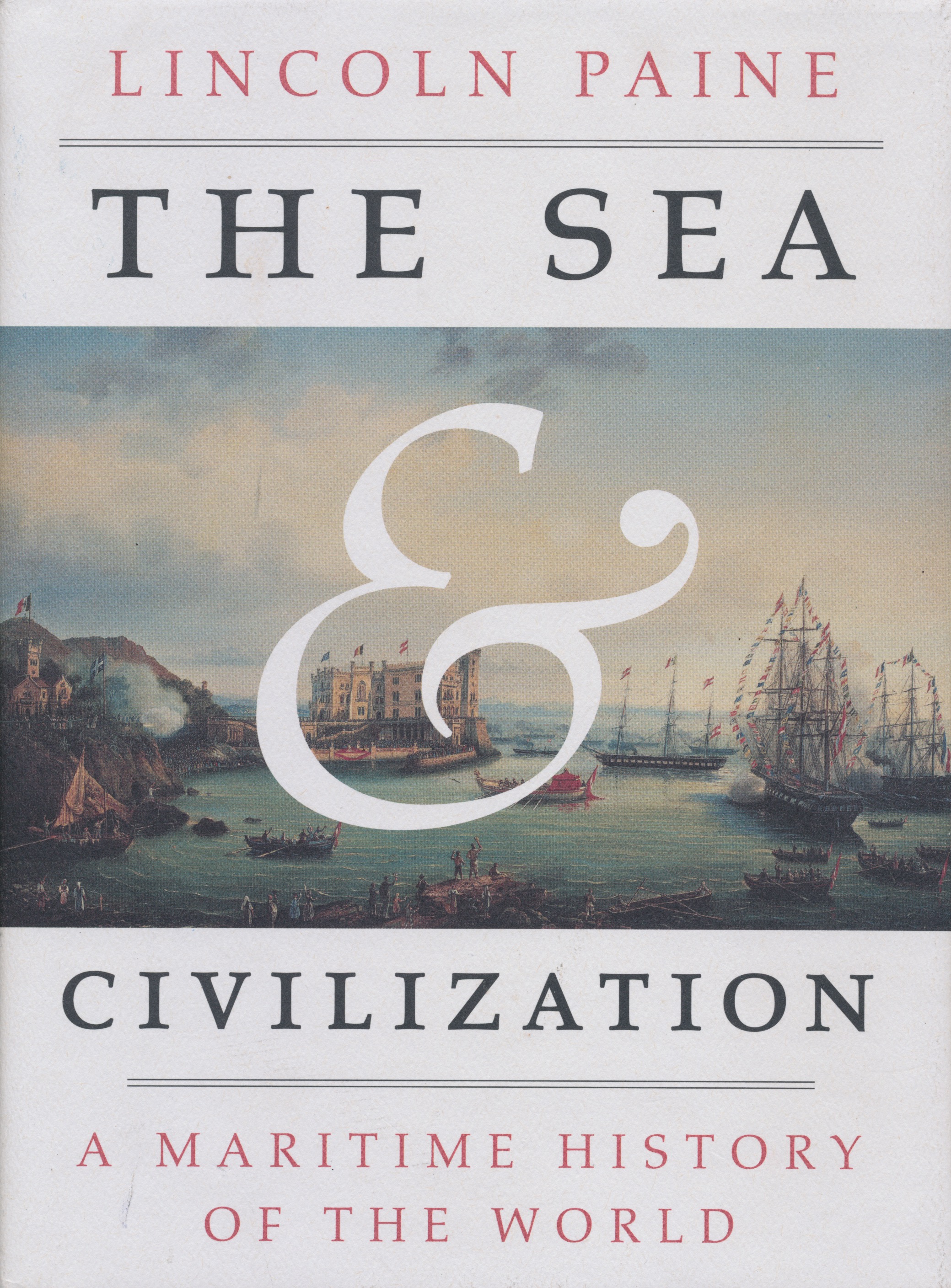 Portland Maine author and historian Lincoln Paine’s award winning opus The Sea & Civilization: A Maritime History of the World (Knopf, 2013) starts at the beginning of man’s quest to use the world’s oceans and rivers for exploration, commerce, and warfare. From the first venturing of humans into Oceania, through the Roman Empire, world wars, the nuclear age, and everything between, Paine strives to “change the way you see the world” by focusing on the patterns of history shaped by the seas. Among the book’s 600 well-footnoted pages are many interesting vignettes of people, places, ships, and events, including a mention of Kyrenia II, the replica trading vessel fashioned after a 4th-century BC Greek merchant ship. Nauticos helped build a second replica, Kyrenia Liberty, that sailed in the 2004 Olympic Games opening ceremonies in Athens. Nauticos also discovered another ancient shipwreck along theorized trading routes discussed in Lincoln’s book.

It is often intriguing and profitable to relate historical accounts to current events, and Imperial Rome is fertile ground for such comparisons. Paine mentions that a few Romans of that era were extraordinarily wealthy. The philosopher Seneca was said to be worth 300 million sesterces (bronze coins), and Pliny the Elder upwards of 400 million; by comparison, one could buy two loaves of bread or a  jug of wine for one sesterce, or a donkey for 500. It seem that the “top 1%” is hardly a new phenomenon. Nor are trade deficits. Pliny complained of the 50 million sesterces a year flowing to Asian markets via maritime trade from wealthy Romans who enjoyed luxury items such as jewels, ivory, silks, and spices. The emperor Tiberius considered curbing this hemorrhaging of cash by imposing a tariff of sorts in the form of “sumptuary” laws that sought to limit private expenditures on certain items. In the end, nothing was done and trade continued unabated.

These and other fascinating tales of history await a reading of Lincoln Paine’s remarkable book.