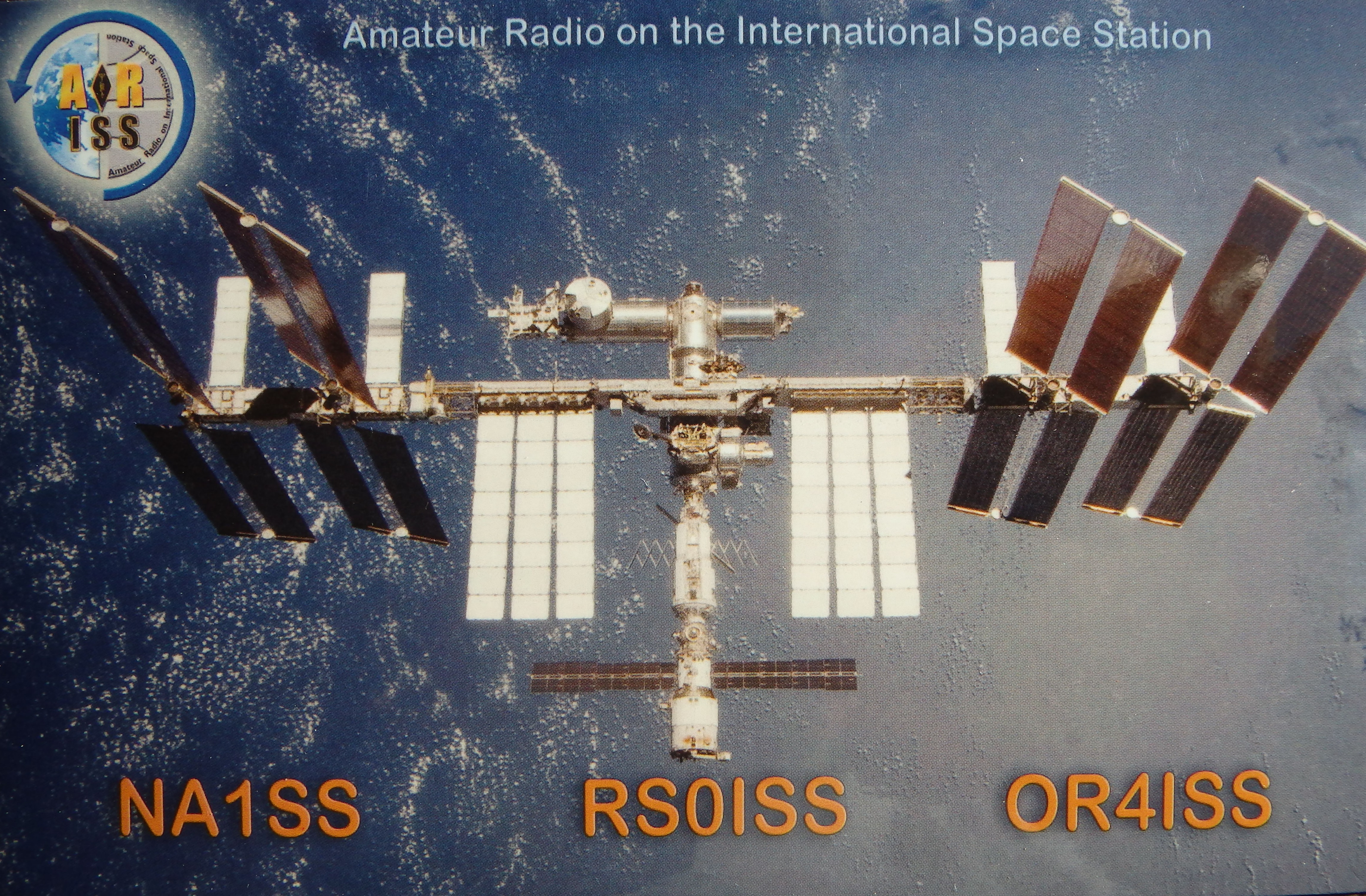 Nauticos explorers during the 2017 Eustace Earhart Discovery Expedition enjoyed a rare opportunity to have a few minutes’ radio contact with members of the International Space Station via amateur (Ham) radio. (Incidentally, the astronauts on ISS were the closest humans to the explorers on the research vessel Mermaid Vigilance when it passed overhead about 250 miles up … compared to island inhabitants over 800 miles away and Honolulu about 1,600 miles distant!) Read more about this in Meridian Passages. It is customary among Hams to follow up contacts with “QSL” cards, basically a post card that confirms one amateur radio station’s contact with another amateur radio station. Tom Vinson (call sign NY0V) recently received a QSL card from astronaut Astronaut Shane Kimbrough (KE5HOD), shown here.

The ISS crew kindly took time out of their VERY busy schedule on two occasions to talk to us, conversations lasting less than 10 minutes as the ISS in low-Earth orbit dropped below the horizon as quickly as it appeared. A custom-built antenna was hand-pointed at the Station as it flew by. During those times various members of our team spoke with Kimbrough, Peggy Whitson, and Russian Cosmonaut Sergey Ryzhikov (with our Ukrainian crew members, in Russian!) It was a special and unique priviledge to connect explorers beyond the top of the biosphere with those working at its bottom.